Review: Under Defeat for the Dreamcast 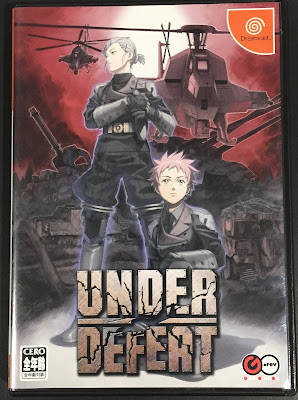 Under Defeat was a 2006 release, from developer G.Rev. This is a classic example of the continuing respect for the Dreamcast, releasing a game for a system that officially died in 2001. The game was also released in HD for PS3 and Xbox 360 (digitally).


The game is a vertically scrolling helicopter shoot'em up. Helicopter games can invoke some atypical shooter mechanics, due to the different nature of the vehicle's movement, and this is no exception.
You can choose between two control schemes. The normal controls involve your ship pivoting to the left or right as you turn. Think of a windshield wiper motion, you rotate to the side as you move. The reverse control scheme has your helicopter swing from left to right, all the while centering aim towards the middle. 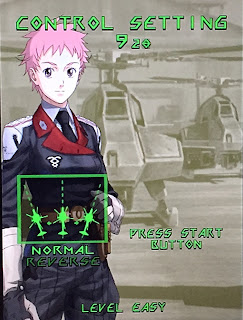 Moving while firing locks your angle, while your ship is free to rotate when not firing. This does take some getting used to, but it makes sense when you consider that your craft is a helicopter, and not a typical space ship. I do like this control scheme better than the one used in Zero Gunner 2, another excellent Dreamcast helicopter shooter, as it is more intuitive to lock position while firing (as opposed to using buttons to change direction). 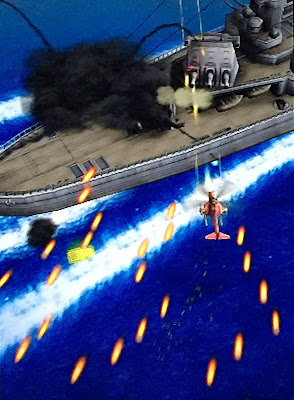 Your helicopter is equipped with a standard machine gun. An option pod can be picked up, and it fires one of three types of additional weaponry: a vulcan machine gun, a sporadic cannon, or a devastating missile. Once acquired, your option will start firing once you start firing. It has a limited time to fire, and then disappears. You can summon it again by not firing while it recharges. Once recharged, the option will reappear as you start firing again. It fires in the same direction your helicopter is facing when you started firing. Here in lies a strategic element of the game: being able to time the option and knowing when to invoke it. Some options are better for certain situations. The rapid fire vulcan is good for waves of weaker enemies (quick recharge), but the cannon or missile (longer recharge) is better for the bosses. It can be a bit tricky to line up a missile option attack on a boss, but it is supremely satisfying when it connects. Beginners may have a hard time surviving the recharge period, things can get hairy in the later levels.


At first I was disappointed that there were no power ups to your main gun; it was a departure from most shoot'em ups. After playing it for a while I started to embrace the minimalism. The limited weaponry suits the theme of the game, and makes you focus on what the primary targets are on the screen at the time. There's not so much strafing from left to right, wiping out hordes of enemies al'a Dodonpachi, the action is more deliberate. You need to understand the greatest threat and attack that first. 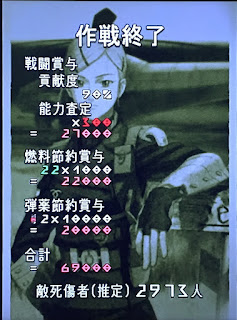 The setting appears to be an alternate WWII-like setting, with vehicles and weapons related to the era. The art style is catching, as it incorporates anime aesthetics with military realism to beautiful effect. These graphics are a showcase of what the Dreamcast was capable of; black smoke from downed craft, a screen-blistering firebomb, bullets that arc as they ascend from the ground, and water eruptions from sinking ships all seem to advanced for the Dreamcast, and yet there it is. Interestingly, the enemies speak English, while your compatriots speak what sounds like German over the radio. I can't recall ever playing a game from the German perspective, even if it entirely fictional and never stated that we are the Germans; we are assuming that. 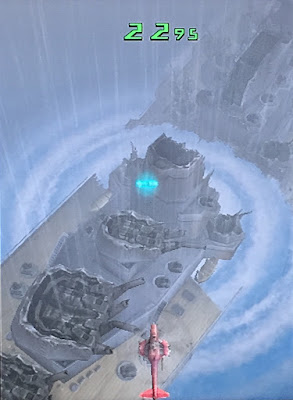 The game has two-player co-op, and that makes it even more friend (if not hectic) to play with a friend. Like all two-player shoot'em ups, keeping track of your craft on screen becomes difficult, especially when the screen becomes abuzz with bullets. The HD versions added a "New Order" mode, where the field of play is expanded to the 16:9 screen ratio. This opens up the field of play and makes for a less cramped experience, although that means more enemies can be onscreen at once, firing at you. Its worth a play through for a slightly different experience. 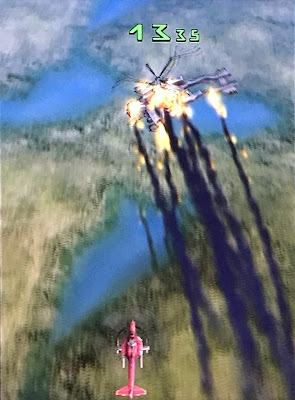 While this is a Japanese exclusive on the DC, the PS3 and Xbox 360 releases were worldwide. Its not the cheapest game anymore, as word has caught on about it. The Xbox download is probably the easiest/cheapest way to play a legitimate version, but we all know there are other ways to play Dreamcast games. Keep in mind that it is region locked on the DC. I recommend playing it anyway that you can, its a great game for fans of the genre. 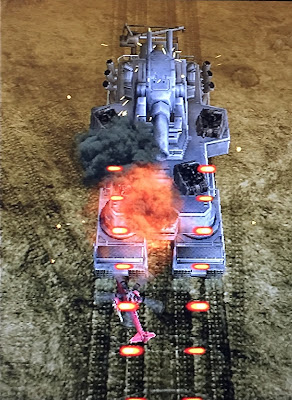