My Import cartridges for NES, SNES, and Genesis

The retro gaming boom that is in effect has many people buying up games from their childhood, and as such the simple law of supply and demand takes hold of the secondary market.  These carts are all around 25 years old (or older) at this point, and so finding retro games is as hard as it has ever been. Online market places and retro gaming shops unearth these games and make them available, but there is a markup for the convenience.

Also, everyone remembers and wants the good games, so a game that was mass produced may not be "rare", but it may still command top dollar because it is one that many people want.  The price you end up paying for a game is the result of a confluence of rarity and popularity.
Then there are games that were released late in a console's lifespan, after a successor console has debuted, that were not produced in vast quantities as the companies focused on the new hardware.  Many of these late games are excellent, as game programmers have learned how to get all they can get out of the hardware.

If you have consoles that are capable of playing imported games, you can find deep discounts on Japanese versions of games online.  Many games have little to no Japanese text, so there's no language barrier.  Modding American consoles to play Japanese games, which are often a slightly different shape, is not difficult.  Here's how to mod the main retro consoles"

The American NES carts have 72 contact pins, and are larger than the smaller, 60-pin Japanese counterparts.  All you need is a 60 to 72 pin cartridge adapter, easily found online.  They go for around $25, but the savings in cart costs more than makes up for it.
The Sega Genesis carts are similar in size to Japanese Mega Drive carts, but you will have to widen the cart slot on the Genesis a bit with a file.  I would take the top off to do this, so shavings don't get all over the circuit board.  I have not run into any region compatibility issues, and I think the region lock is programmed in the game itself, not the console.  This started in games produced in 1993 and later, so any game produced before 1993 has no region lock.  If a game does have a region lock, you can always get around this by using a Game Genie.
The SNES has a pair of plastic tabs in the cartridge slot that prevent Japanese Super Famicom carts from being inserted.  All you need to do is take a pair of needle-nose pliers and bend them back and forth until they break off.  That's it.  Since these are inside the cart slot, you won't even see the alteration.

The following games are Japanese releases, that were either exclusives, too expensive to buy here.

NES
Gun Nac
I love this game so much.  It has just the right difficulty, it's wacky, and the action is constant.  The only language barrier comes in-between stages at the weapons shop, but through some light trial and error you figure out which weapons are which. 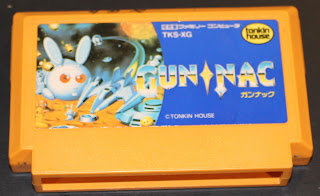 Gradius II
I don't understand why this wasn't released here.  If you like the first, you will like this as well, its a natural progression of where the series would go. 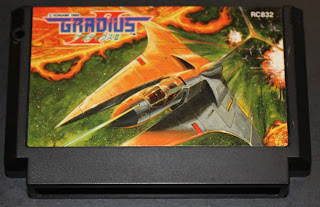 Macross
This game is really simple, yet frustrating.  The best part is the ability to transform into the three different forms, but the gameplay is redundant with only four looping stages, and there's only one music track that repeats endlessly.  It was dirt cheap, and I'm a Robotech fan, so that's why I have it. 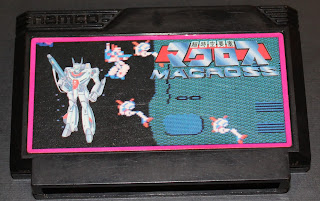 Parodius
A parody of the Gradius games, it has major mechanics of its predecessor, as well as the difficulty. Its fun to play just to see what kind of weird stuff the programmers came up with. 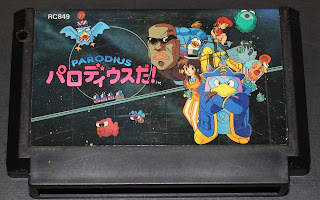 Contra
This game is not uncommon, and it was released stateside (obviously), but the reason I sought it out was the sweet background animations in stages 1, 5, and 8, as well as the extra cut scenes.  This version has an additional chip that game features over the American version.  Besides those, everything else is the same. 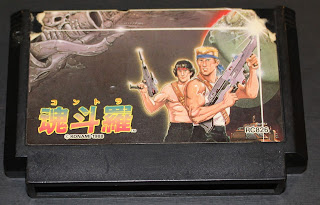 SNES
The SNES has no programmed region lock, just the shape of the cartridges prevented you from playing a Japanese import.  The mod that allows for region bypass is a simple one; just take a pair of needle nose pliers and twist out the plastic tabs a the base of the cartridge slot.

Demon's Blazeon (Demon's Crest)
An example of a great game going under the radar due to its late release, Demon's Crest has been cited in numerous YouTube videos as being a hidden gem.  Well, gem yes, hidden no longer.  It has risen in value tremendously over the past couple of years.  The Japanese cart is slowly rising as well, since there is very little translation needed. 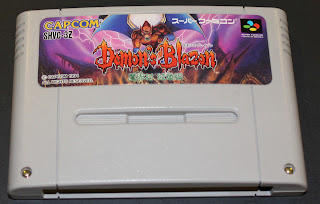 Front Mission: Gun Hazard
This game was not released here, and it reminded me of Cybernator or Metal Warriors, so I took a chance on it as it was really cheap.  It has some lite RPG elements to it that give it some depth, and I got it for cheap so it was worth the risk. 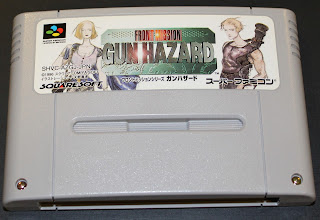 Hagane
This game is becoming notorious for being both expensive and rare.  Supposedly a Blockbuster exclusive rental, the number of produced carts is said to be pretty low.  I guess it was not limited in its release in Japan, as it seems to be more prevalent there.  Oh, this game is hard.  It's fun to look at as the graphics are splendid, but prepare for some abuse. 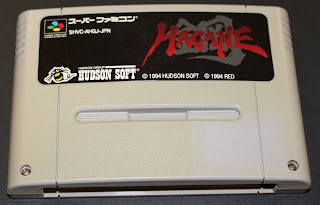 Imperium
A shooter that pretty rare and the domestic release is pricey.  Its ok, not great. There are so few shooters on the SNES, so I thought I 'd track them all down. 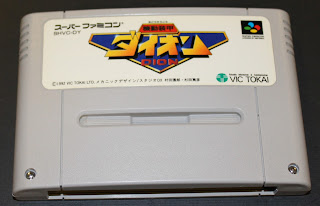 Pop'n Twin Bee
Konami's Twin Bee series is virtually unknown here in the U.S., the lone release for the NES was renamed Stinger.  This entry takes things up a notch with more action and just as much pep. 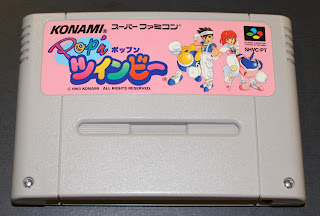 Sonic Wings (Aero Fighters)
This game is ridiculously rare for the SNES, and its asking price is just nuts.  No translation needed for the Japanese version whatsoever.  None.  I'll take one for $25, thanks.  Great game too! 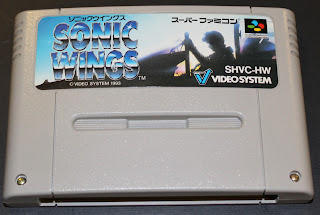 Super Valis IV
This game is on my backlog, so I don't have a lot to say about it. 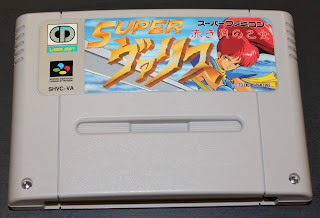 Genesis
These are all Japanese exclusives that are shooters.  They weren't expensive at all at the time of purchase, but I'm not so sure that's still the case.

Curse
A choppy, mediocre shooter.  The best part about it is the cover art! 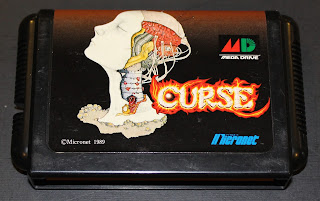 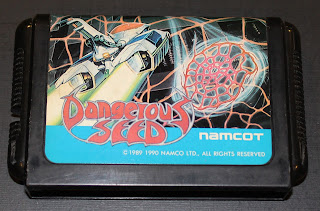 Zero Wing
All your base are belong to us.  Aside from the terribly great Engrish, the gameplay is sold. 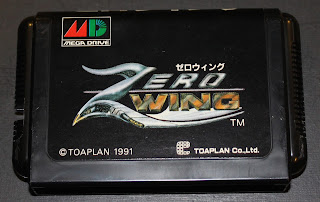 Daisenou (Twin Hawk)
This game is a simple, no-frills WWII-era vertical shooter; it almost seems like it could be a sequel of Capcom's 1942.  I like it, even though it is reudimentary.  The special attack calls in a wave of assist fighters that stay with you until they get picked off one by one. 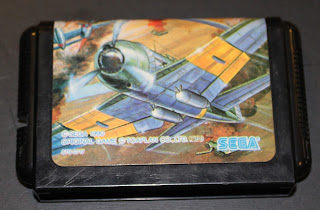 Darwin 4081
Meh. For completionists or shooter fans only. 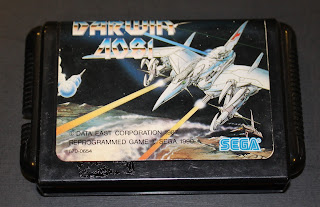 So there are my Japanese import carts, all playable on American systems in one way or another, none of which are very hard.  I do have Japanese repros, as mentioned in a previous post, but I figured that I would stick with authentic carts for this post.  All of these games are completely playable with no language barrier, and depending on your interests, may or may not be worth the plunge.  Either way, the possibilities are there.