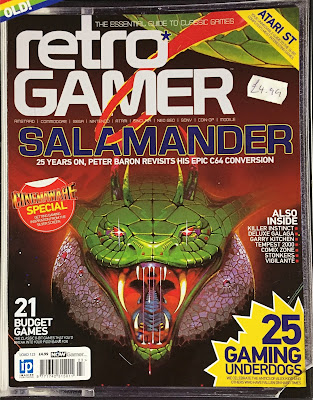 Before the internet, gamers had to get their news and reviews from magazines. There were a good amount of them during the 80's and 90's. As print media slowly becomes extinct, news racks are increasingly sparse; only the big name publications remain. Gaming magazines are virtually nonexistent, let alone niche topics like retro gaming. Not so in England, however. Retro Gamer Magazine has been going strong there since 2005. For whatever reason, the retro gaming community over there has numbers to support such a publication.

I first saw a copy of Retro Gamer at a local Barnes and Noble book store. It was in the computers and technology rack, and I barely saw it peeking out over the Mac magazine. I was astonished that such a thing existed, and wondered how I could have not heard of it before. I examined it closely, it was issue #98, with Metal Slug feature on the cover. The gorgeous sprites of that seminal Neo Geo franchise jumped off the cover. I looked at the price in the corner, and was taken aback at its $9.99 asking price. Then I realized that it was imported, as I saw the 4.99 British Pound price. I flipped through it and made a quick decision to bring it home.


The quality of paper is excellent. Each page has full color, and the cover is a full gloss and thick, it definitely can take a beating. I am starting to see why it costs as much as it does, considering that it is imported and the print quality is top notch.

The magazine boasts reviews, countdowns and lists, interviews, console specials, import reviews, buyers guides, and many other features. The quality of the writing is generally very good. There is an abundance of pictures and screen shots, all very well photographed with great detail. Ads are minimal and relegated to the back pages of the mag.

The breadth of coverage is wider that I was expecting. It almost literally covers everything from Atari to the 6th generation. While this is awesome, a lot of coverage is on British gaming computers as well. This makes sense, as it is a British magazine. I find myself skipping over these pages, and unfortunately that means I'm skipping a good portion of the magazine, almost half. I don't have any interest in the Armstrad, Amiga, Zed Spectrum, BBC Micro, or any other such gaming computer, and I can't imagine any other American would.

It is for this reason that I have reservations for a whole hearted endorsement. The coverage on systems and games common to the U.S. and Britain is excellent, but the bias is present and noticeable. Its too bad that there is no American equivalent, as even in this day and age of digital press, there is a market for physical print, albeit a small one.

I have collected these and will continue to collect, but I'm crazier than most. So, if you don't mind approximately half a magazine on Retro Game coverage at a premium, this is a great read. 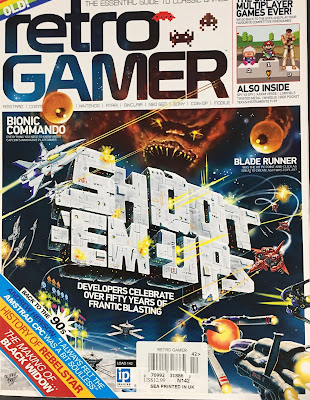 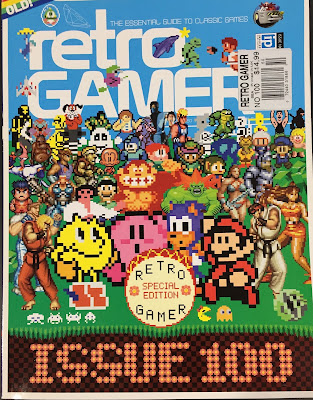 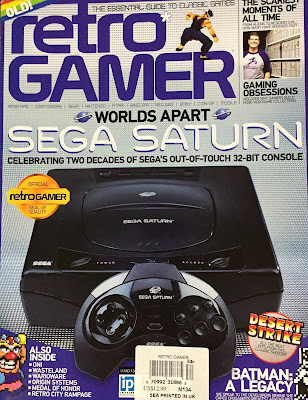