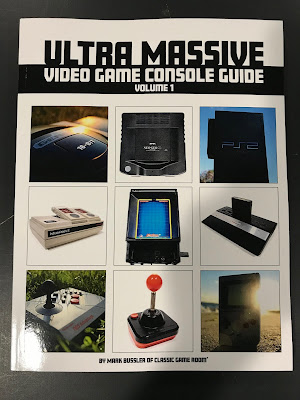 Mark Bussler is the creative force behind the popular YouTube channel Classic Game Room (CGR). He would be considered an industry veteran, having created CGR in the late 1990's and was one of if not the first person to review video games on the internet, along with then co-host David Crosson. If you are reading this, then there is a good chance that you have watched some CGR videos on YouTube; it is widely considered to be one of the premier channels on retro gaming. Recently CGR has shifted its new content from YouTube to Amazon Prime. You can still view older videos on YouTube, but he is no longer posting new content there. In an interview with fellow retro game YouTuber Pat Contri (Pat the NES Punk), he cited lack of intellectual property protection, saturation, and finances as the reason. 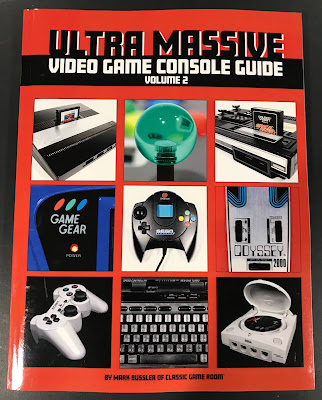 In addition to shifting his video content to Amazon, Mark has started production of retro game related publications, available in both print and kindle format. One such book is the subject of this review, the Ultra Massive Video Game Console Guide (UMVGCG). This book is an amalgam of photographic appreciation of the covered subject matter, review guide, personal history, and fan service to the dedicated CGR fans who will pick up on the inside jokes and references. At the time of this writing there are four volumes available on Amazon. 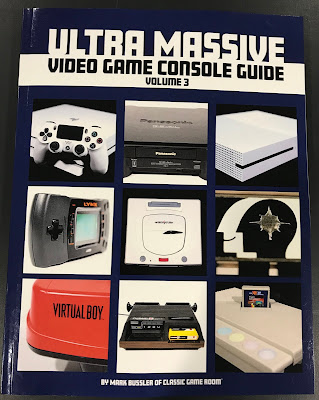 Each volume features a selection of consoles. Each featured console has been photographed from every angle, and has personalized history from Mark. The tone and verbiage is in the characteristic CGR style; I can hear Mark's voice as I read his candid, overzealous, yet honest opinions. 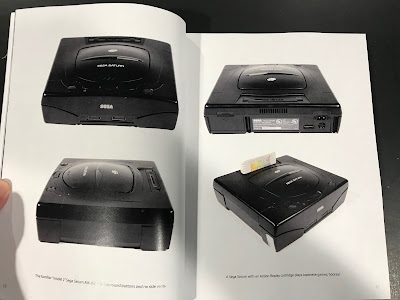 Along with a glut of photography, he presents a practical buyer's guide for each system, keeping in mind gameplay/cost. Its not so much a top ten or best of list, it focused on how to get the best value for the consoles, which is more useful, considering the interwebs are littered with top ten lists (mine included). With the ever-rising cost of retro games, being able to find value becomes more and more important.


Other features include boxart closeups, controller closeups, random pictures of consoles in the wild (litterally, like outdoors), and montages of game cartridges and disc cases.


If you don't know, Mark has a background in documentary and film making. His photography moves to the forefront of these books, maybe in excess. It is clear that all the photos are presented with know-how and care. This is definitely a new take on retro gaming console publications. To be honest, I think maybe he could have trimmed the volume of photographs down a bit, or swapped some hardware pics with more in-game photos. There are 230 pages, and the photographic content dwarfs the written content by a wide margin.


The books cost $40 on Amazon, and while they are of decent heft, I think the could have been focused down some of the photography, and sold at a $30 price point. However, I could see a coffee table book, combining the first three volumes being a nice hardcover format (the fourth volume is a dedicated book to the Sega Genesis, and I gather that future volumes will be specialized as well).

All in all, these are nice visual retrospective books. Being a longtime fan, picking them up was a no-brainer for me. They are definitely unique, and celebrate retro consoles in a way not done before.