Anyone who has tried to connect a retro game system to a modern TV has no doubt experienced an unappealing, blurry image. This is due to the system sending a 240p video signal, which is interpreted as 480i by the modern TV. For those who don't know, 240p is an older resolution, with 240 lines of resolution, progressively drawn one at a time. 480i is 480 lines of resolution, interlaced, so the lines alternate to increase resolution, yet flicker in doing so. This was the standard television resolution for decades. This signal sent from the older consoles to the TV is like an ancient dialect, and pending the TV brand, correct interpretation varies from meager to none.

For this reason many hardcore fans have kept a CRT lying around in their home somewhere. However, this is becoming more and more difficult to do as CRTs take up a lot of space, which gets hard to justify to others that you live with.

Some people want the ultimate in genuine old-school aesthetics, and go so far as to seek out a professional video monitor (pvm) or a broadcast video monitor (bvm) for their retro gaming. These monitors were super high-end, used by television studios and cost thousands of dollars back in the day. The quality of video output is undisputed for older analog sources. Timing was everything if you were trying to get one, as now they are nearly all depleted and have been long gone as we approach a decade of high-definition. I'm sure there were some people giving these away at some point, but in today's market, the remaining units are highly coveted and expensive. Also, they tend to be on the small side.

The XRGB-Mini, known as the Framemeister is a device that converts and upscales old video output standards (240p, 480i) to a signal that your modern HD TV can relate to (720p. 1080p, etc). It does so cleanly and easily. I don't have a Framemeister, so I can't vouch for this myself, but from researching online it seems that there is between 1-2 frames of lag, and the 480p video handling could be better. The Framemeister is expensive. Not only is the unit itself expensive ($350-400), but it will no longer be manufactured after 2017, which will only drive prices higher on the secondary market. Add to that the necessary RGB scart cables and cable adapters (component and RGB) for the ports on the Framemeister, and you're easily adding another couple hundred dollars. Whether this is worth it or not will vary from person to person, like taste in cars.


My previous setup utilized RGB scart cables, transcoded into a component signal into a Sony Wega Trinitron (2002). As much as people online raved about the Framemeister, I just couldn't get myself to take the plunge. I had decided that RGB through component into the WEGA was good enough for me. 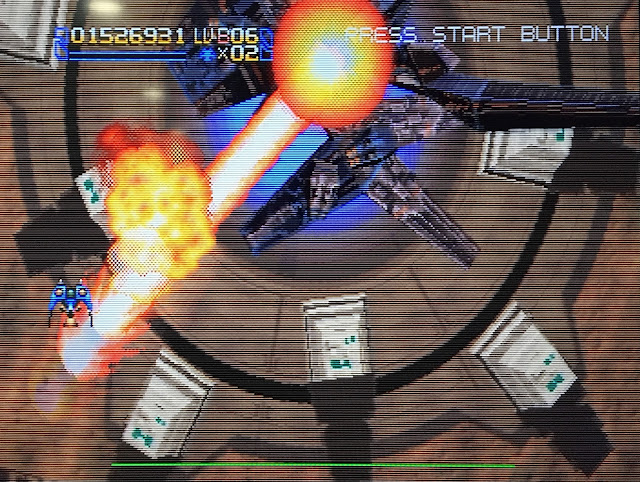 Then I heard about the Open Source Scan Convertor (OSSC). It is a line doubler, instead of an upscaler. That means it converts 240p signals into 480p signals on the fly, without the need to process the image (and hence no lag!), and outputs via HDMI. I'm pretty sensitive to lag, so this, along with at lower price point (less than half of the Framemeister) was what sealed the deal for me. If your TV allows, you can even integer scale the picture at 3x, 4x, and even 5x. My TV is an older LCD and would not, but the default 2x looks pretty awesome to me.

Scart cables are necessary for the RGB output, and these can be easily found online these days. They are system specific.

Note that there is no composite nor S-video input. This is really not an issue, as anyone who gets this far research-wise is not looking to use those sub-par connections anyway, so why clutter things up?

My OSSC is version 1.6, which includes audio out via HDMI, which the previous versions did not have natively onboard. There is a micro-SD card slot for firmware updates, and audio in jacks for the VGA and component sources (the RGB scart .

The 6th generation consoles that output 480i are processed to reduced the jittering that takes pace when interlaced video is displayed, giving the overall picture a steadier appearance. 480p video output can be passed through or line doubled to 960p. There were a few games per system that did this, and you will need the infamous Gamecube component cables for that console.

I have been waiting for a proper solution for my Dreamcast to come along for a while. I could have hooked it up to my HDTV via VGA (which looked great), but I wanted it to reside alongside its 6th generation counterparts, instead of the oddball next to the PS3 and PS4. So I had it hooked via S-video. Now that there is a dedicated port for VGA to hdmi, my problem is solved.

After a week of playing around, I couldn't be happier with the results. Nearly all of the default settings worked to perfection out of the box. There are advanced options to fiddle with, but I am not as technically inclined to know exactly how to do everything with it, so I am totally ok with the default setting for each signal. Scanlines can be toggled on and off, as well as adjusted for thickness.
It's a little ironic to add scanlines to a system that is digitally processed to double the number of lines, after all, scanlines are the absent lines on CRTs due to resolution limitations. I still like them, and I think that game developers kept them in mind when designing graphics back in the day. I prefer them with older systems, and may or may not turn them on with 6th generation consoles.

Here's what I have connected:

The only system that I am unable to connect with this is my N64. Coincidentally, this is my least favorite system, and I'm not terribly bothered. Perhaps some day I'll get it RGB modded so it can join its brethren in my setup.

Final Thoughts
I am very happy with the picture quality that the OSSC puts out. It does everything I need it to, and does it well. Far and away the best feature is having no input lag, which even the Framemeister cannot claim. It is compact, and has direct connections for all of my video inputs (except the aforementioned S-video, for which it gets a pass) without needing more adapters (D-terminal and scart adapters, for example). I like the fact that my setups have been consolidated, as I can obviously connect modern consoles to the same TV as the OSSC. For all that you get, the price is right. Given that this is open source, more improvements and tweaks can reasonably be expected. I thought I would stick it out with my Wega CRT but after switching I don't see going back. I highly recommend the OSSC for anyone who wants to play old school on modern TVs with no lag. 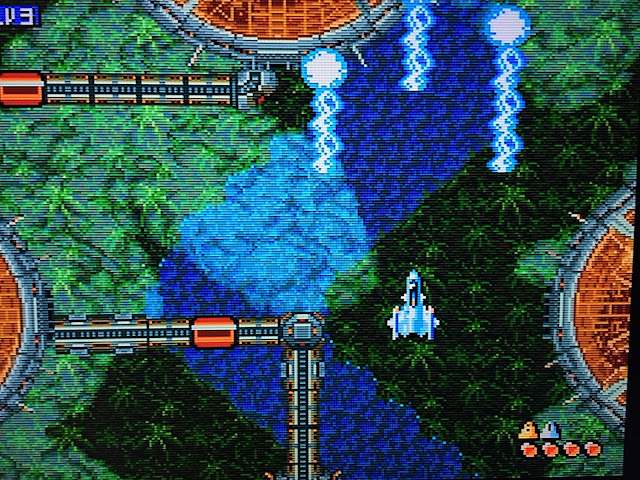