Anyone who grew up in the NES era probably remembers the Nintendo Player's Guide. It was one of the first of its kind, a treasure trove of tips, maps, reviews, screen shots, and secret codes. It was a major source of gaming help, before the internet. All of the maps and picture were in full color, and the paper quality was top notch. Some NES games were so hard, having the guide leveled the playing field. It was prominently displayed next to the Nintendo games in any store, and was immediately recognizable in any kid's room. Nintendo would continue this tradition of releasing high-quality strategy guides, although eventually only releasing them through subscriptions with Nintendo Power Magazine. These guides were so great, it made subscribing completely worth it. Some guides were stand alone books for a specific game, like Super Mario Bros. 3, Ninja Gaiden 2, and so on. Others were more like compendiums, in the spirit of the original Nintendo Player's guide. Either way, they were treasures to behold. 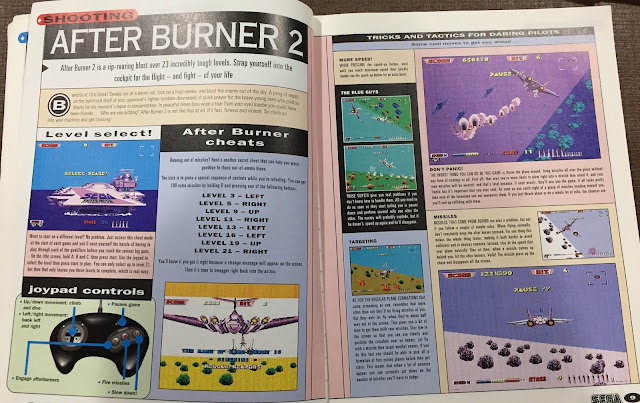 I guess I didn't realize that Sega had their own strategy guides as well, called Sega Power Tips. I was totally surprised when I learned of their existence. Granted, I was in high school by then and paid less attention to video games than I did in middle school, but still I find it odd that I had never come across one.

So I hopped online and bought all three volumes for a few bucks. There are three volumes, each covering games from a certain year. Trying to keep the release date in mind, I examined these and found that avoiding comparisons to Nintendo's line of strategy books was impossible. So let's compare. 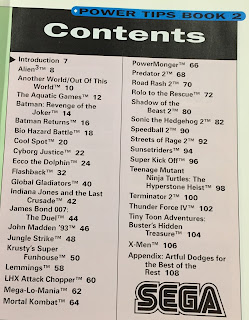 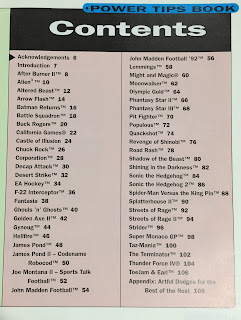 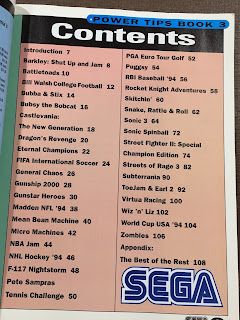 Let's start with the good:


I now understand why I had never heard of these books before. It is because they are subpar in comparison. If they were hot sellers, they would definitely have been more prominent in stores, friends' houses, etc. It almost seems like the authors/producers were told make a Genesis games guide, but their hearts weren't in it. 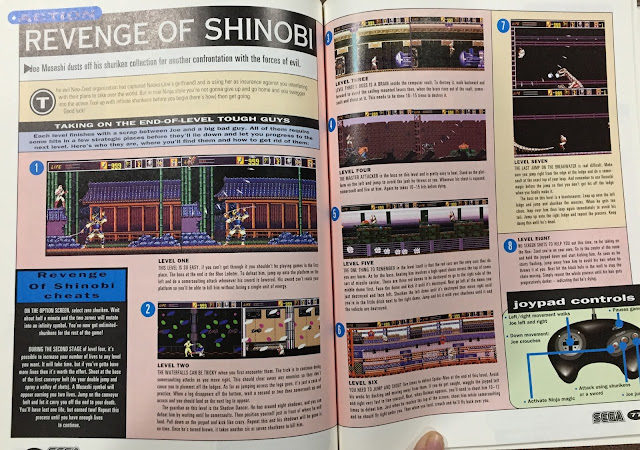 I bought them because I love the Sega Genesis and that period of gaming, but I would not really recommend these books to anyone except archivists. Just as Sega Visions was relatively weak compared to Nintendo Power, the level of quality is not up to the standard that Nintendo set with their strategy guides. It's a shame, really, because Sega was peaking in the industry, gaining ground on market share, and they just shat out a turd of strategy guide instead of seizing the opportunity. I suppose this foreshadowing of what is to come for Sega, as bad decision after bad decision led to their eventual downfall.

I still love Sega, but I won't win any arguments using these as examples. Oh well. 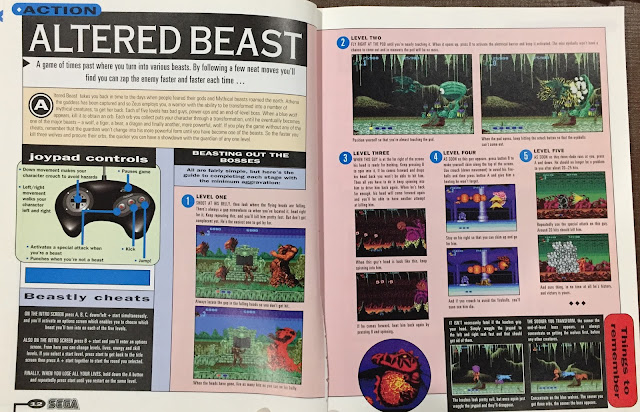 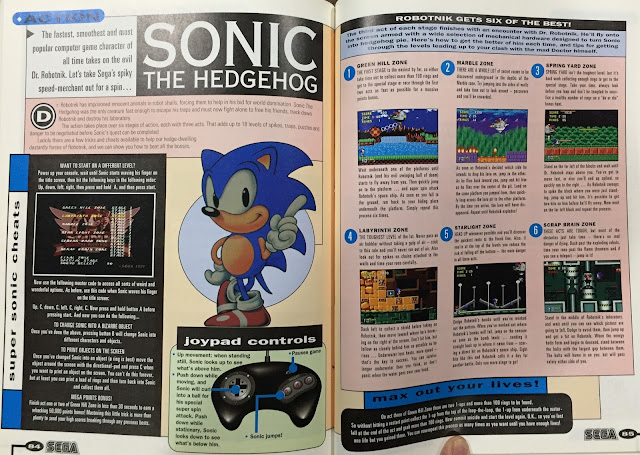