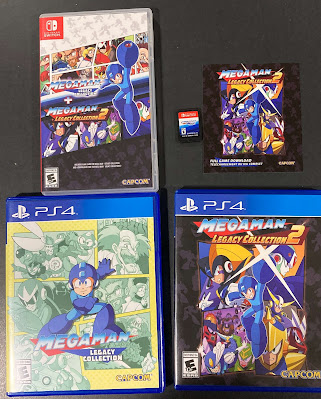 With internet-capable consoles appearing in the seventh generation, purchasing games digitally online was realized, allowing for the convenience of buying and playing a game without leaving the house. Games were still produced in physical form, but availability in a store varied. The Wii storefront was the first offer licensed games in digital form. This was novel, and possibly contributed to the resurgent interest in retro gaming. All of the sudden, people had access to games that were long forgotten, at reasonable prices. While hardcore retro gamers were alway keen on the classics, casual players on modern consoles were drawn towards the nostalgia drug, increasing interest.

With advances in console technology, the level of production, complexity, and size of game files increased exponentially. This led to many physical games being released incomplete, with updates required before playing for the first time. This practice is now commonplace, and often expected. Some games have update files much larger than the initial game that was shipped, like Red Dead Redemption 2 on PS4. Take Cyperpunk as an example. The game is allegedly unplayable without the updates.

This begs the question, can a new game even be played today without the initial update? If you have to update up to 50% of a game in order to play, is it worth buying the physical copy of the game? It almost seems as if the games are mere license holders in order to download the game. In some cases, they literally are, as on the game box there may be a statment mentioning that no physical game is included, only a download code. The argument that was held for a long time was, if a server gets shut down, you can still play the game if you own a copy. Is this even true anymore? Let's say your PS4 or Switch dies. You have a copy of a game, but it required a large update. You buy a replacement console, and try to play that game, but the server is no longer active. Can you really play the game as intended? Maybe the game will start up, but might it be missing the second half of the game? Old game cartridges will always play all the way through, no internet connection required. The same cannot be said for modern games.

Additionally, an interesting phenomenon is currently underway with gamers applying a collectors' mindset. People are buying new games and keeping them sealed, hoping the value will increase over time. This occurs with sealed retro games, why would it not here? The difference is that back in the 1980's and 90's, if a game was left sealed it was due to circumstance, not intent. A game may not have sold well, and thus had become overstock, for example. Kids back then did not buy two copies of a game; one to play and one to keep sealed. Games were relatively expensive then compared to today's prices, and the games were always opened and played.  There was no investor speculating.

We have been seeing industry move at a glacial pace towards eliminating physical media. Then Microsoft initially released the XBox One not allowing for game sharing. The public backlash forced Microsoft to renege. Sony used that as a dig towards their direct competitor, by releasing a commercial that exemplified how game sharing could happen on PS4. Meanwhile, the online stores for all consoles continue to grow. In what could be considered the 9th generation of consoles, the PS5 and XBox series X both released digital-only and disc-capable consoles. This could signify the inevitable end of the collectable game.

For those digital-only consoles, to what extent will the continue to be supported after the end of their natural life expectancy? It is not a guaranteed that all the games will be transferable to the next generation console. Even if you accept this, and try to keep the console alive, the failure rate of modern systems is higher than the legacy cartridge-based consoles of yesteryear. Will simply backing the games up on a hard drive be a sufficient safeguard to ensure that you will be able to play these games indefinitely? 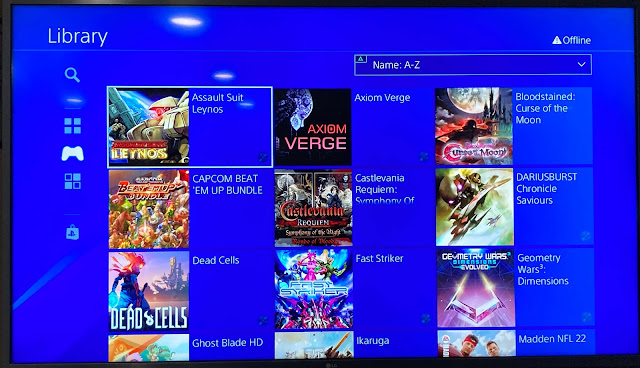 I know the general sentiment of wanting physical copies of games is still strong. Companies like Limited Run Games, Strictly Limited Games, Ultra Rare Games, and others capitalize on this for their business model. I will commend those companies for ensuring that the game is complete with no more updates before pressing physical copies. Those copies will indeed be future-proofed, and that is important. But for the large, triple-A releases with lots of expectations and fanfare, who knows how that will be handled.

This is an interesting topic to bring up as we are now at a watershed moment in video gaming. How companies handle patches and updates for games beyond the scope of their life will be interesting to watch. For me personally, I have the deepest attachment to the older games, which were shipped complete and have no reliance on downloads. While I do primarily buy physical copies of games for the current consoles, I am questioning that practice. How about you? Do you stick with collecting physical copies of games? Do you buy digital copies only? What are your thoughts on this shifting landscape of game media?