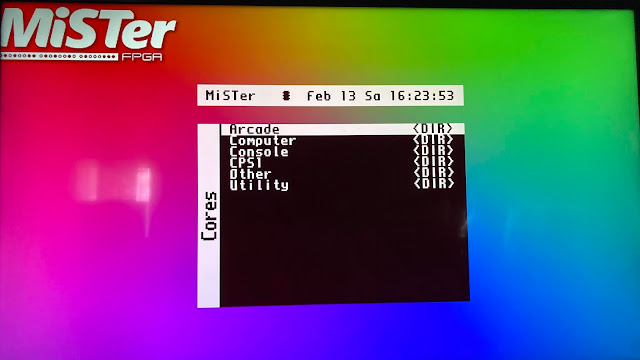 As the concept of retro gaming has matured over the past twenty or so years, the popularity and demand for retro consoles and games has reached new heights. With so much awareness of the great games of yesteryear, and limited supply, playing old games via emulation has become more and more commonplace. Emulation has flirted with mainstream popularity, from plug and play solutions (NES Classic, SNES Classic, Playstation Classic, Sega Genesis Mini, Turbo Grafx-16 Mini, more) to more tinker-based projects (RetroPie). All of these emulation methods are hamstrung by the emulation in software. Because the operations take place in series, each operation must complete before another starts, this is the logic behind code progression. With retro game consoles, the hardware operations occur in parallel, allowing for (yet simple) tasks occurring with brisk pace. If you've ever seen the motherboard inside a NES or Genesis, you can see all the traces between every chip and processor splaying out like an electrical web. All of these traces allow for parallel processing, which is what the console needed to produce the visuals, sounds, and gameplay that you remember.

With good emulation, you might not ever realize there is a difference except for one inescapable tell: input latency. The operating system that is running the emulator will still add some wait time from when a button press is registered on a controller to when the action takes place onscreen. There are things you can do to mitigate input lag: turning off picture processing on your HDTV (using game mode) and using a wired controller. Most people may not even notice that there is any lag at all. But try playing a game from your youth that is heavily reliant on twitch movement, like Mike Tyson's Punch Out!! You may think that you're just old, and forgot how to play the game, and that might be true to some extent, but it's more than likely that the game is not processing your inputs as fast as a real console would. Hence, you will never beat Mike Tyson via emulation.

Enter field programmable gate arrays, or FPGA. These devices are programmed to mimic the operations on a hardware level, in parallel, not in series. This means no delay in signal processing and no lag. The FPGA consoles manufactured by Analogue are renown as the pinnacle of clone consoles for their level of accuracy to original hardware, while directly outputting high definition video to modern displays. They play original cartridges, have a modern design and interface, and can utilize original controllers to boot. As great as these are, they are exorbitantly priced, and in short supply.

The open source MIST project has many talented programmers and coders contributing "cores", or programs that are designed to mimic specific hardware like the NES, Genesis, Atari 2600, and so on. MISTer project created a buzz like none other. The MISTer name is an amalgam of MIST and Terassic (the brand of field programmable gate array board), hence MISTer. A consumer grade FPGA computer board that can be programmed to mimic nearly every legacy console and micro computer through the 16-bit generation (and possible 32-bit). The MISTer runs on the Terassic DE-10 Nano development board. Everyday it seems more and more cores are available. Just a few days ago the core for the DoDonpachi arcade game was released, and it plays phenomenally well. These are all free to use, because it's open source.

There was a requisite level of technical know-how to get started, but with the recent release of Mr. Fusion, a program that writes the MISTer image to an SD card, the number of steps to get started has been simplified dramatically. Once you write the image on the card, insert it into the DE-10 Nano, and turn it on. The program will start up, and it will finish once connected to the net. I setup wifi on it first in order to do this (wifi dongle required). After the update, I moved my ROMs onto the card, configured a USB controller, and I was treated to cycle-accurate NES, Master System, Genesis, Sega-CD, SNES, PC-Engine, PC-Engine CD, Neo Geo gaming.

The board looks like a science project, with exposed boards, wires, and LEDs protruding every which way. There are a host of optional accessories and add-ons, which add various features. I opted for the USB hub for additional ports, the IO board for a fan, 128 MB SD ram board for complete NEO GEO compatibility, and a USB WiFi dongle for updating and file transfers. It ends up looking like a spaghetti monster when everything is connected. There are cases available that help clean up the package, but keep in mind this was not originally built to be a game console. It also doesn't offer much in the way of menu aesthetics, with it's plain text menu. The polished front ends for RetroPie win one point here. No matter, as once your start playing you realize that software based emulation can't match the accuracy of MISTer.

Another downside is the ceiling of console programmability. The DE-10 is projected to top out at the 5th generation, and how well it can pull it off remains to be seen. Playstation and Sega Saturn are the hopes, and If indeed they happen, I'd say the DE-10 has had a good run. Anything beyond would require a more powerful FPGA, which is inevitable.

Then there is the sticky issue of ROMs. Do most people extract the ROMs from their own cartridges? The MISTer does not have a cartridge port, let alone one for every supported core. ROM sites have been struck down in recent years, reminders that the legality of sharing/obtaining games is suspect at best. People will make their own decisions on that matter. 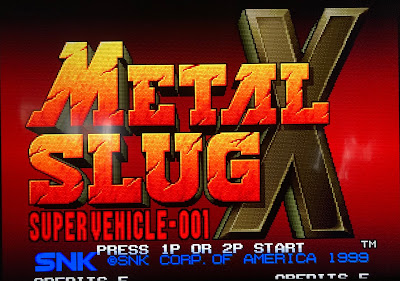 The cost of entry is fair, a DE-10 nano board costs around $140. You'll also need a micro SD card, HDMI cable, power adapter, USB controller, and USB keyboard (for setup). These add up to a little more than a Raspberry Pi setup running RetroPie, but again, the higher cost is due to the FPGA processor. All in, it's just a shade of what the equivalent retro gaming setup would cost if original consoles and games were considered.

Clearly this is not a solution for hardware purists, but that's OK. There will never be a single solution to please everyone. The MISTer provides accurate gameplay without the flash, accoutrements, or ephemera that is strongly associated with retro gaming. For some that is a deal breaker, yet some don't feel they need the physical artifacts of gaming's past. At the end of the day, this is yet another option available to people to have fun and experience games from the the silver age of video games.