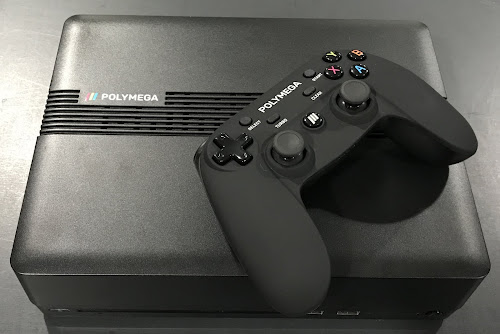 The PolyMega is a multi-system emulation console. It natively plays CD games for Playstation, Sega CD, Turbo Grafx CD, Neo Geo CD, and Sega Saturn, for all regions. Also available are cartridge modules, indivudualy sold, each of which can play NES, SNES, Genesis, and Turbo Grafx-16, also in all regions (except Famicom due to its unique shape). The console was originally pitched as an FPGA system, allowing for hardware simulation, but later was reverted in design for software emulation early in development. This caused a bit of controversy as early supporters felt a bait and switch took place. Not helping the situation, the social media manager for the PolyMega was caught throwing shade at its competitors, which stirred a flame war and resulted in a tarnished reputation for PolyMega before it even came into existence.
Rough beginnings notwithstanding, the project continued, with a prototype showing in 2019, and Beta release in 2020, which was given praise for its Saturn emulation quality from several reviewers, including Modern Vintage Gamer. It should be noted that Sega Saturn compatibility was a late addition, after a custom emulation core was designed. This was the spark that caught my attention. I preordered in 2019, after watching said reviews. The original release date was pushed from summer 2019 to fall, to spring, to summer 2020. The delays were due in part to a chip shortage, mixed in with a pandemic, and some last minute tweaking. The beta review unit arrived late July 2020.
The base unit feels solid. The plastic molding feels good, reflecting a quality build. The rear presents HDMI video out, a power jack, micro SD slot, and ethernet port. 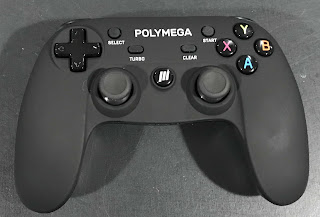 It comes with a modern-style wireless controller, with dual analog sticks, four face action buttons, left/right shoulder buttons and triggers, start/select, turbo and home buttons. The controller is has two textures; the top is rubberized plastic, while the back is conventional controller plastic. Its weight is lighter than modern controllers, which makes sense given the lesser tech requirements. The analog sticks feel fine, and the d-pad is made from a shiny plastic which I don't care for, but it feels right pressure-wise. The buttons are are convex shiny plastic with a snappy response. The controller is wireless via a 2.4 GHz dongle, which I much prefer over Bluetooth, for reduced latency. Included is a micro USB cord for charging and playing, but it is too short to realistically play with when charging unless you swap out for a different cord. I tried Retrobit's excellent officially licensed Sega Genesis and Saturn USB controllers, and they were recognized immediately, so this may be what I use. The 2.4 GHz wireless variants from Retrobit worked as well.
When powering on, you are immediately asked to register the controller being used by holding right on the d-pad. After that a clean, intuitive interface appears. The left sidebar presents options to select games according to different sorting methods, such as by console, my collection, and a database.
When inserting a game disc, a header/title appears as the game is recognized. The game can be added to you collection, as well as downloaded onto the console itself (or selected storage medium like an internal SSD). This is appealing as once you do this you will not need to handle the physical game again, and you can add as many of your games as your storage will allow. You can then select from your library of imported games in the future. Included are a sample of licensed games to get you playing right away, most of which are forgettable, but Iron Commando for SNES is a nice offering.
When launching games, you can opt for classic mode or the default modern mode, that offers more options, like save states, screen shots, fast forward, etc. Being able to play your own games AND utilize save states is an uncommon and welcome feature in modern retro gaming consoles. 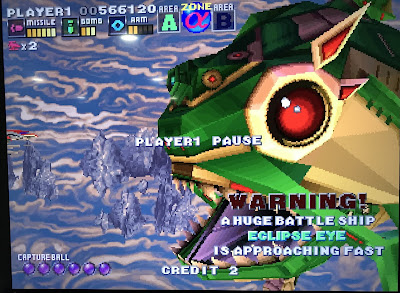 Visually, everything is bright and crisp in 1080p. The aspect ratio can be set to standard 4:3. 4:3 zoom, square pixels, and wide screen. I love my square pixels, they make everything cleaner when the screen moves. Other visual options are present, like RGB mode and composite mode. RBG mode includes scan lines, but ends up looking too dark. Brightness and contrast settings are present, but they still don't improve the quality. The composite option is present for people who really like fuzzy visuals, and I'm not sure why anyone buying this would choose this option. I personally would have liked more options, like integer scaling, different resolutions, and a scanline feature over 720p. Perhaps these may come via updates. 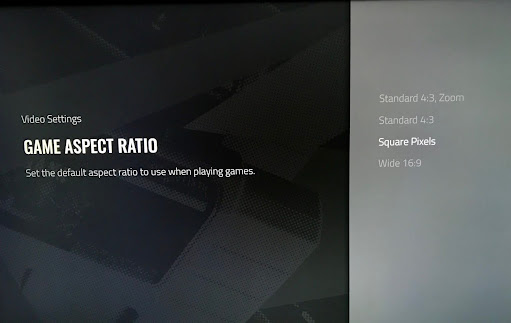 As far as gameplay, I played a sampling of Playstation, PC-Engine CD, Sega CD, and Saturn games. It does play Neo Geo CD as well, but I don't have any to test.
I started with Sega Saturn, and I tested several games, including:
Street Fighter Zero 2
Street Fighter Zero 3
X-Men Vs. Street Fighter
Strikers 1945
Strikers 1945 2
Donpachi
Dodonpachi
Soukyugurentai
Batsugun
Radiant Silvergun
Battle Garegga
Metal Slug
Daytona USA
Layer Section
Sengoku Blade
HuperDuel
Salamander Deluxe Pack
The Saturn had some accessories, most notably here the 4MB and 1MB expansion carts for specific games. The PolyMega does not have slots for these carts, so the functionality of these must be built in. I have tested several of those games and they appear to be working fine. Since this is an HD system, the light gun games are not supported yet, but there is a light gun in the works specifically for the PolyMega.
I tried a couple of burned reproduction games, and surprisingly, they work.
You may notice that the bulk of these games tested are shoot 'em ups. That is my go-to genre, and the vast majority of my game collection are shmups. After years of gaming on lag-free setups, I immediately noticed some lag.  It's not much, but its there. I realize that I am more picky about this than most gamers, as my favorite games require twitch reflexes and instantaneous response from a controller.
So I started troubleshooting. I double checked that the TV was set to game mode, and I switched to a wired controller. Still, it felt a tinge laggy. The it was suggested to me to plug the HDMI direct into the TV, bypassing the HDMI switch. Doing this brought the latency down significantly. I can say that I am impressed by the quality of the Saturn emulation. This was the reason I preordered and I am not disappointed. 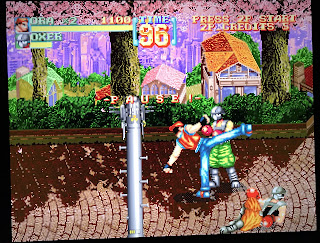 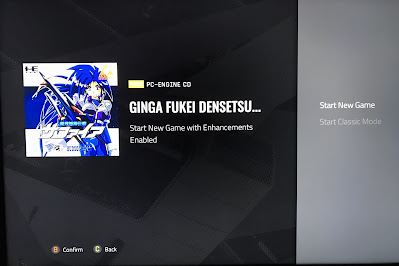 The PC-Engine CD is notorious for its system cards that are required to play its games, and the PolyMega has eliminated the need for that as they are all incorporated in the system. Super CD games, CD ROM ROM games, Arcade card games all work. Some games had noticeable lag, like Gate of Thunder, where Winds of Thunder felt like it had a little more.
I tested Playstation next:
Harmful Park
Einhander
G Darius
Dodonpachi
Crash Bandicoot
Raiden Project
The Playstation testing was varied. Einhander and Harmful Park showed no obvious lag, but G Darius and Dodonpachi did. It seems to be hit or miss with the Playstation.
I tested Sega CD last:
Lords of Thunder
Keio Flying Squadron
Slypheed
Final Fight CD
The Terminator
The Terminator was the only game that I tried that did not work. It wasn't buggy, it just flat out did not work. Once the game started, your character immediately fell and died. There was nothing else loaded on screen. After doing some digging, I discovered that you can place your backup Sega CD bios onto an SD card and the PolyMega will default to that. I tried it, and the game did run. This is probably going to be fixed in an update, as they are constantly working on game compatibility.
There's a lot to take in here, so I'll break down the main points in a list of Pros and Cons for the PolyMega.
Pros:
Cons:
This console has a ton to offer. The ability to load my collection into a solid state drive is very appealing. The ability to throw some ips game patches on an sd card and apply them to any game is awesome. The compatibility with Retrobit's excellent Sega controllers is a great feature. The fact that it can play burned games must be a boon to many people who can't afford today's inflated game prices. The savings on the hardware necessary to play Sega CD, PC-Engine CD, Neo Geo CD, Saturn, and Playstation is vast. There is a lot to like about this console.
Whether the PolyMega is for you depends on your situation and preferences. If you prefer games that are not so dependent on precision inputs and timing, and then this can be a viable option for you. On the flip side, if you are a hardcore gamer who is into original hardware, or if you play games that require precision input like shmups, this is probably not for you. There are those who are so deeply rooted in the hobby, that they have specific expectations and requirements; this is not for them. There are definitely people who scoff at emulation, and this is definitely not for them. I can't see this replacing my current setup of RGB consoles and Open Source Scan Convertor, but that is not a setup that everyone has. However, for someone who is new to the hobby this is definitely an option to consider, the cost savings in hardware alone will assure that. Anyway you look at it, I think it is a good thing that more products are entering the retro gaming space.
By andrewpark800 - August 04, 2020