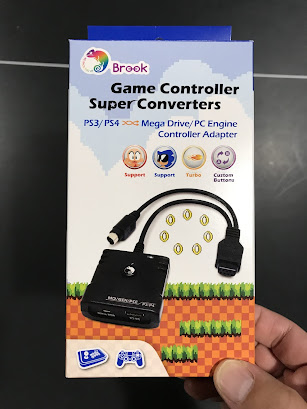 The Mega Drive and PC Engine are known for their shoot 'em ups. While arcade sticks are now in vogue for shooters, there weren't a lot of arcade sticks available back in the heyday of these systems, at least not here in North America. The official Sega Power stick was the made available for the Genesis in three and six button variants, but the stick itself was just ok. The PC Engine had a couple of sticks by Ascii and Hori, and those were ok for the time. As time passes, arcade stick tech has made leaps and bounds, and today there is a huge fighting game scene that drives production of high end arcade sticks. 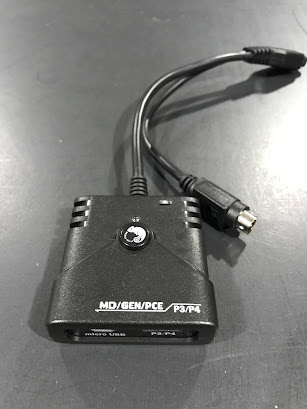 This converter is designed for PS4, PS3, and Switch controllers to be used for the Genesis/Mega Drive and PC Engine. That means modern, high quality PS3 and PS4 sticks can be used. I have a Hori Real Arcade Pro (RAP) stick for the PS3, and until recently it has sat collecting dust for the past decade. The RAP has excellent built quality, with high quality parts. Playing MUSHA and Blazing Lasers with it has been a revelation. Never before have I played 4th generation shooters with a microswitched joystick, and I'm becoming a believer. It has totally reignited my interest in 4th generation shooters, and gives them a fresh feel. 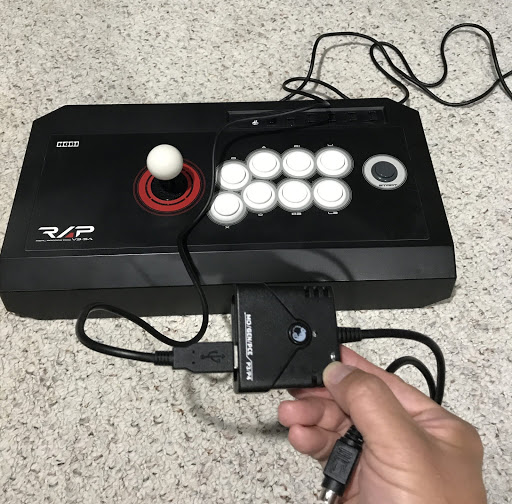 The controller converter has a wired connection for both the Genesis and PC Engine, which is smart. The  Achilles heel for shoot 'em ups has always input latency, and wireless controllers always have some added latency. Many shooters require twitch reflexes, and this wired setup has no perceptible lag as far as I can tell; it plays like I'm using a genuine controller. I've played shooters in every conceivable configuration, and this is truly a revelation. Admittedly, I was a little skeptical when I ordered this. I Brook's PS3/PS4 to Switch adapter, and there is a little lag present with that adapter, so I was surprised to see how well this adapter works. 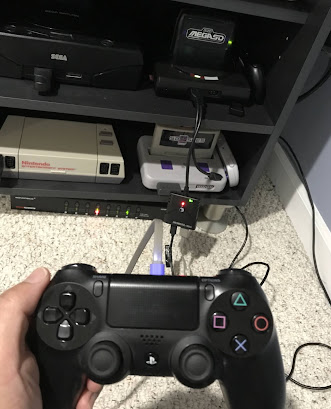 When I connected the Dual Shock 4 via usb, extra power was needed, so I plugged in another USB cord with a power brick. The converter recognized the controller, and synced immediately. I wasn't sure what to expect, but since the controller was directly connected through USB, it played without any noticeable lag. I was surprised. I then proceeded to test the Dual Shock 3, Switch Pro Controller, and 8Bitdo SN30 Pro controllers. All had similar results. Now I am not a fan of the Playstation controllers' d-pad, but the SN30 Pro is great. I also tried a USB controller that I am quite fond of, Retrobit's officially licensed Sega Saturn pad. Sadly, it did not work, but I suspect it would be an easy fix over firmware, should Brook be so inclined. 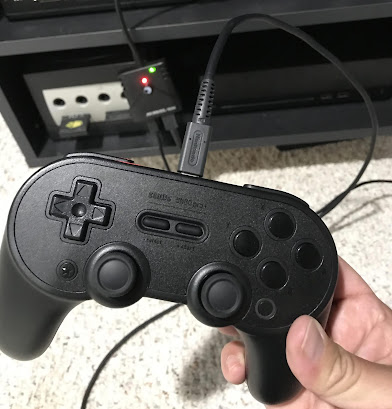 Now the PC Engine was the Japanese version of the Turbo Grafx-16, and so the hardware is identical, except for some regional changes to the physical build of the console. The TG-16 controller port is much larger than that of the PC Engine, so you would need an adapter if you wanted to use this on a TG-16. I don't have that console, so I was unable to test it, but I can't imagine that it wouldn't work. Maybe someone else can try it out and let us know.

Overall, this is an EXCELLENT adapter that allows PS3/PS4 arcade sticks to be used on the Genesis and PC Engine. There are not many good arcade stick options for those consoles, and this opens up possibilities. With the PS4 nearing end of life, you can be sure to find arcade sticks for both PS3 and PS4 for a fraction of the cost that they retailed at. Keep in mind these sticks were expensive originally ($300+), so the savings is relative. A quick eBay search produced several sub-$100 options for used sticks. It won't be for everyone, but for shmup retro gamers who favor the early '90's consoles, this is one of the best innovations in a long time for controller adapters.