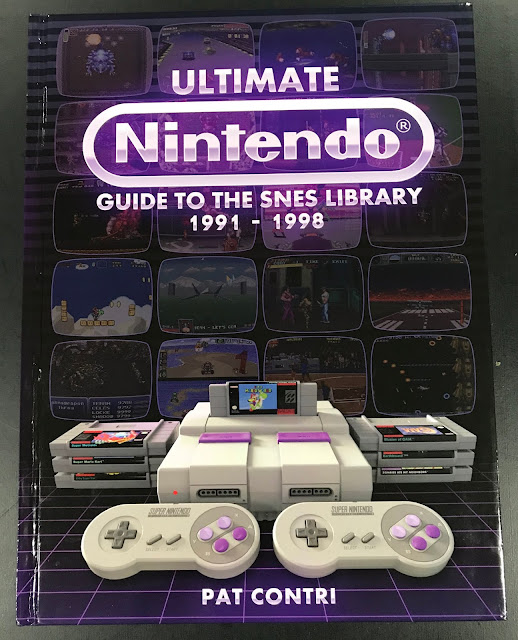 A few years ago, Pat Contri, aka Pat the NES Punk, released his Ultimate Guide to the NES Library book (2017). It is a compendium that reviews every game in the NES library. There aren't a lot of books dedicated to this kind of content, but retro gaming has been growing in popularity and more and more offerings have appeared in recent years.  Pat utilized a Kickstarter campaign for initial funding, and produced a quality book. I reviewed it here. It was positively received, and clamors for a follow up resulted. Like the first book, I backed it immediately as I am a fan of the first book. After two years, the new book is finally here.


Like the first book, the authorship of the review articles is divided up among a staff of contributors. This is reasonable, given the length, number of games covered, and amount of detail provided in each review. Following the format of the NES guide, the SNES guide has more or less the same genre descriptions, rating system, page formatting, picture quality, and attention to detail. This is fine as it worked well in the previous book. Whether the game is good or bad, the review is justified by its thoroughness, with concrete examples provided. I find the reviews fairly objective, but not devoid of flair or personality. The page format is largely the same as before, providing at least four screen shots, the man review, a personal reflection, and game data.

In addition to individual game reviews, there are special articles from guest personalities that cover other items of interest and ephemera. Topics of these articles span accessories, regional differences, hardware, commentary on the era, and more. These are just as, if not more enjoyable to read as the reviews themselves. The book is the same size and heft of the first book, and the art direction of the two books work well when placed side by side.


Hardcore fans of retro gaming are well aware of Pat the NES Punk, and other YouTubers in the same vein. Halfway through his YouTube career, Pat started the Completely Unnecessary Podcast, available through normal podcast aggregators and on YouTube. This new production took a more casual approach towards content generation, and you see Pat as himself, not acting out a script. This reduced his normal video output from the Punk character. The Ultimate Nintendo guide books are part of his diversification. It appears to me, that as anyone of them becomes more popular, the amount of unwarranted criticism starts to increase. All of the sudden what someone's hairstyle looks like or level of success become talking points. Pat makes no qualms about offering his opinions on his podcast, and why shouldn't he, it's his podcast? I have seem people post on social media as if they are offended by his position or stance on various topics. Whatever your opinion of of Pat may be, there is no question that this book is one of if not the best offering of its kind.


The production quality is fantastic, the same as that of a college textbook. At $60, this is a no brainer for any fan of the Super Nintendo. It's perfect as a coffee table book and conversation piece, as well as a research tool for those wanting to dive into the Super Nintendo library. Highly recommended. Link to purchase here. 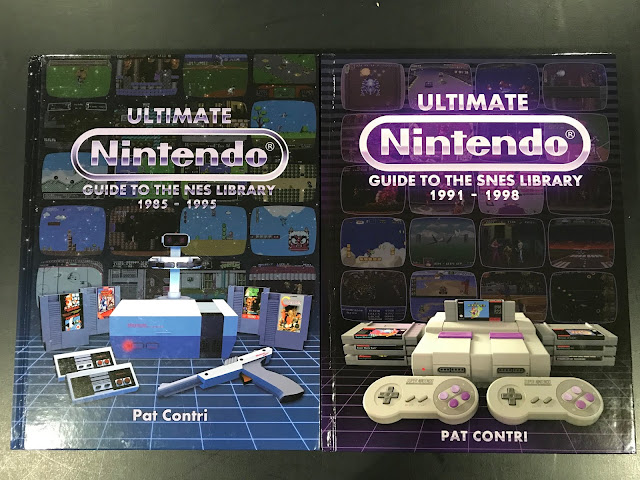