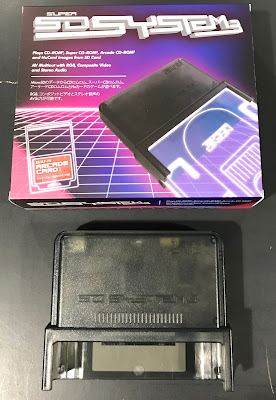 Flashcarts has been around for years, allowing users to play roms on original hardware. Many find these invaluable as the rarity of certain games drives up prices to prohibitive costs. Since they play on original hardware, they function exactly as original games do. They are also a means to preserve their original games, and test other games to see if they would like to purchase them, and play rom hacks, unreleased games, and translations.

CD based systems like the Playstation, Saturn, an Dreamcast have recently been recipients of optical drive emulation, through such products like PSIO, Rhea and Phoebe, and GDEMU, respectively. These are devices that are installed in the CD system that forgoes the need for discs to play games. The use of the word emulation here is misleading, there is no emulation as far as gameplay is concerned, the method of getting game data to the console's cpu is direct and internal. In essence, these devices are like flashcarts for the CD systems.

Video output of older systems can range in quality, as most North American consoles were limited to radio frequency (RF), composite, or in some cases S-video. A recent revolution in retrogaming has been to adopt the RGB standard, which many consoles support internally, but require proper cables to coax it out of the system and or modification. 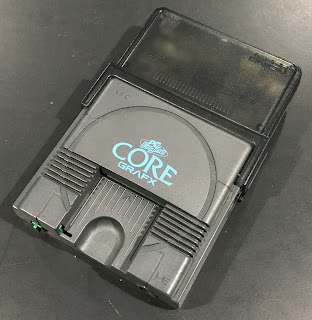 The Super SD System 3 is a modern solution for the Turbo Grafx/PC-Engine line of consoles. It also works for a Supergrafx, if you have one. It is produced by the Spanish company Terra Onion, who also make a Neo Geo flashcart. It is a hardware add-on that slides right on to the back of any TG-16 or PC-Engine. It's function is threefold: it acts as an optical disc emulator and flash cart for the CD add-on as well as for Hu-card games, it improves video output to RGB, and contains the arcade card required for some memory-demanding games like Sapphire and Strider. It is definitely a boutique item that fills a specific niche, and as such commands a premium price. If you add up the cost of these features individually, I think the price is appropriate, even at $300.

The Hucard slot can still be used to play games, but since this uses the pins at the back of the console, the CD peripheral cannot be used at the same time. So you have to be ok playing backup roms of your CD games. This introduces a little snag, as some may not be familiar with making backup images of their roms. If you search around, you can find tutorials on how to do this. It is more work than downloading roms, but you feel a little better about it. Then again, I'm never going to acquire a legitimate copy of Ginga.....Saphire due to its outlandish asking price, so this is an example of straight downloading to play.

There has been some debate as to the video quality from prominent online sources, but I honestly can't see the issue. I think mine is the revised version, which had some tweaks and improvements made in the interim. It could also be I don't have the highest end equipment to detect this. There may be an issue present, but I couldn't tell. I'm using SCART through the OSSC, and if it doesn't bother me with this setup, I think its fine for 90% of people.


The setup is similar to setting up a flash cart. You update the firmware via SD card, and load roms, Huard or CD, onto the SD card. You will have to obtain your own bios to run the CD games. This is not hard to find. You can customize some options, like loading the last game played, using an in-game hook to back out to menu, establish game save data for each game individually, and others. The in-game hook works on some games but not others, there's no way to tell beforehand. I found myself power cycling the system often to get out of games.

The game data saves is huge, as the original amount of space allocated on my PC-Engine Duo was miniscule. Now I don't have to worry about losing or overwriting game saves. 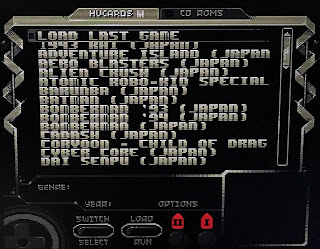 Being that I already have a SCART RGB setup, all I needed to do was buy another 9-pin SCART cable, like the one designed for the model 2 Sega Genesis. My SCART systems run through an OSSC and it looks fantastic to my eyes.  I also tried HD Retrovision's Genesis model 2 component cables and they work just as well as a SCART cable. 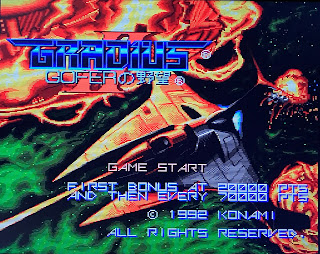 The one thing that I would have liked is for the system to have HDMI output. However, this unit is an add-on to existing hardware, not a complete overhaul of the console's processor, and thus high definition video would not be possible unless there was some external scaling taking place. Another cool addition would have been a second controller port, but given the fact that this attached to the rear, it would have been inaccessible. 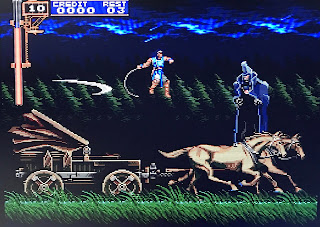 So, overall I recommend this to anyone who already has a SCART-capable setup. The gameplay is still using genuine hardware, you can play backup roms of your games, and the video quality takes an huge leap forward. If you already have a CD system, the price point may be a bit too high. Given that TG/PC-Engine is notorious for escalating prices, so there is definitely a market for this.