Hardcore retro gaming setups have evolved over the years, as recent developments introduce new ways of playing classic consoles. Since HD televisions have become the norm, CRT TVs have been phased out of homes and pushed to the curve. Even thought HDTVs are superior tech, they do not aways interpret the ancient video signals of retro game consoles as intended, and there is a gap between intended video output and onscreen results. The video quality of the yellow RCA plug is dreadful by today's standards; back in the day the CRT TVs had lower resolution and this went unnoticed.
To accommodate for the progress in video tech, gamers started to utilize the RGB video output of older gaming consoles to provide the cleanest image possible. This requires some research, specialized SCART cables, and devices called upscalers as translators between the retro consoles and the HD TVs. A SCART setup would provide a vastly clearer image on a modern display. Depending on how many systems you have connected, you may need a SCART switch box as well. This type of setup can be expensive, as the equipment is highly specialized, and not sold in any walk-in store.

Some people who feel that retro games are represented best on professional video CRT monitors, like the ones used in television broadcast studios. These do look great, but they are exceedingly rare and expensive now. Even if you managed to find on on eBay, they are so heavy that shipping and insurance is cost prohibitive. Also consider that these are just as old as the consoles you are hooking up to them.

Some companies are seeing the demand for solutions to bridge the gap between retro and modern, like HD Retrovision cables. These cables convert the RGB signal (if present) from retro consoles into component video signals, so they can be directly plugged into modern TVs. They are a nearly equivalent solution as an RGB setup, with less hassle and cost. The cables receive rave reviews, but are produced in small batches, and sell out quickly. The cables are sold by Castlemania games, and you will most likely have to preorder for the next release batch.

Emulation has undergone a resurgence as well, officially and unofficially. Nintendo's NES Classic Edition got the ball rolling, and was followed by the SNES Classic Edition, Retrobit's Retrocade, Neo Geo Mini, and eventually the Genesis Mini. Everyday there are more and more options for playing retro games. HD retro consoles are becoming more and more commonplace, and the cost of these systems vary, depending on if it is a single system console or a multi-system console. These are emulation systems that dump the inserted game rom, and hence are prone to the same flaws found in emulation: sound accuracy color accuracy, and input lag.

Depending on the need for accuracy of gameplay and representation, many emulation solutions do not live up to the expectations of the hardcore retrogamer. This is where FPGA hardware comes into the picture.  A field programmable gate array is a means of simulating (on the hardware level) everything that an original game console did, and more. There is no underlying operating system running an emulation program, so there is no lag generated in the process. Couple that with direct HD video output with multiple digital resolutions available, and we have a retro revolution in the making.

The Analogue NT Mini was the first FPGA retro console commercially released.  This premium clone console did everything that the NES did and more. Video output was provided via analog or digital, so it could be used on either a CRT or modern TV. This was priced to reflect its quality at $450. Interesting for sure, but definitely a niche item. It had a sleek, aluminum case, which I'm sure added to the price as much as the allure.


Analogue's next product was the Super NT, which is an FPGA SNES. It does mostly everything that the NT did and more, while dropping analog video output and the aluminum shell. This change was a smart one, as the new price is less than half of the NT at $200. Reviews have been extremely favorable across the board.

The company has recently announced its newest offering, an FPGA Sega Genesis console: The Mega SG. This is the first FPGA console based on a Sega system. Preorders are open. It will have similar features as the Super NT, but will also be able to play older Sega console games in addition to Genesis/Mega Drive games. It will even be compatible with Sega CD, through a connection port on the side. 32X compatibility is not possible however.

Analogue is not the only company making FPGA retro consoles. RetroUSB makes the AVS (Advanced Video System - named after an early suggested name for the NES), which is an NES clone that also has been favorable reviewed. This once costs $185, and is popular due to its consumer-friendly price point (compared the $500 for the NT). 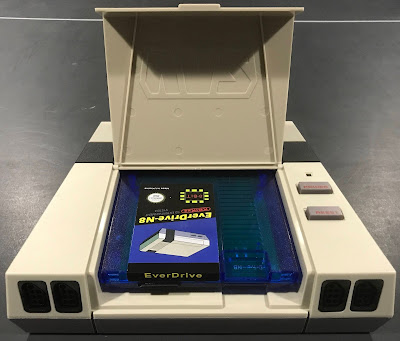 I like these high quality solutions for a few reasons. For one, they are new tech, and more likely to survive another twenty years compared to the original systems of the 80's and 90's. The built-in high definition video output simplifies the hook up process, eschewing specialized cables and upscalers. This also means you can take them to other places, which is not really possible with a complicated SCART setup. With the going rate of FPGA systems averaging around $200 (not including the $500  NT), these may or may not result in a lower cost for entry. If you only want to play one system in HD on modern hardware, this will definitely be cheaper than all the necessary RGB equipment. If you buy up all of the newer FPGA systems that are released, you're probably spending more than what is needed for the RGB route.
As retro systems push 30+ years old, the failure rate will start to climb. These FPGA systems are arriving at the right time. Despite being priced higher than emulation clone systems, these consoles are of premium quality, and will not be mistaken for one of the budget HD options. Considering the build quality, the game compatibility, the video and sound accuracy, these check all the boxes. People who look into these know what kind of quality they are looking for.

Can this FPGA trend continue to provide solutions for other retro consoles? There are lots of consoles that need a high-quality clone system, but is the market large enough to make it worthwhile for companies to do so? What are the limitations of FPGA? Is there a point where the systems cannot be replicated? The Sega Saturn and PC-Engine are two of my favorite consoles, but they may not draw as much interest, at least here in the US. I hope I'm wrong, but based on sales figures of original consoles, these look like a long shot to realized. 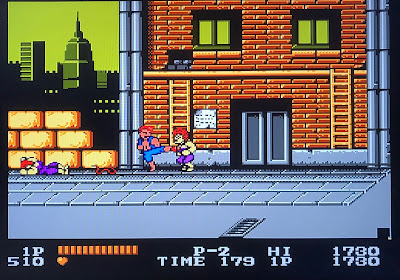 So what do you think of FPGA consoles? Are you willing to move on from original hardware? Let me know in the comments. Thanks for reading.