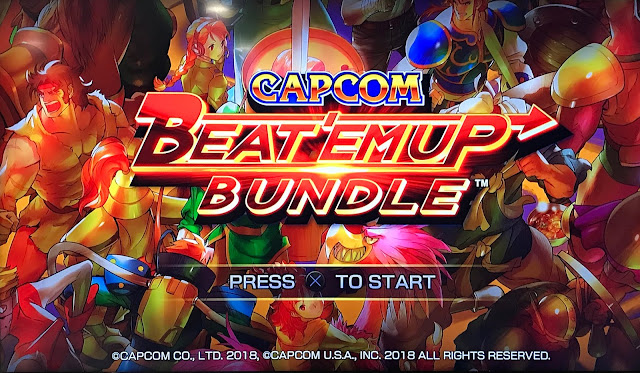 The recent resurgence of retro gaming has caught the eye of game publishers, as we are now seeing a steady increase of retro games being rereleased on modern platforms. Recent examples include the Mega Man Legacy collections, the Sega Genesis Classics Collection, the Capcom Beat'em Ups bundle, Nintendo Switch Online, the  mini consoles (NES, SNES, Playstation, Neo Geo), and others. Publishers are starting to mine the ore of nostalgia that adults thirty years of age and older are susceptible to, and they should. Just because a game was released a long time ago doesn't mean it is no longer relevant or enjoyable.

Movies and music albums are rereleased all the time. How many versions of Star Wars compilations are there? Too many to count! Yet people still love them and snap them up. Some musical groups have just as many "Greatest Hits" albums as studio albums, and yet they still sell. Sega knew this, as there are a glut of Sonic and Genesis collections. This may be annoying to some, but I say more is better. There are so many classic retro games out there that would make a great collection, and the recent Capcom Beat'em Ups collection is a great example. Nearly half of those arcade games did not get an a home port to a console, and were until now, lost to the past. I think Konami should get onboard and put together a series of collections, starting with its Arcade hits.


Some will say these games are available through emulation. While that is true, the issue of roms and piracy jumps to the forefront. Piracy is nothing new when it comes to entertainment media. In the early 2000's the file sharing network known as Napster opened the floodgates to sharing of mp3 music files. Napster was subsequently sued by every meaninful entity in the music industry, and was forced to shut down by the courts. This has since led to changes in how music is distributed, particularly with DRM (digital rights management). The music industry shifted to an open online marketplace for songs priced individually. After doing so, Apple proceeded to sell individual songs in droves as the digital music eclipsed physical music media in the marketplace.

Similarly, recent efforts by Nintendo mirror what transpired nearly twenty years ago, albeit on a smaller scale. Their effors to smash rom sites with litigation have been fairly effective. The major rom sites like Emuparadise, Loveroms, and the Isozone have scaled back or removed altogether copyrighted roms and IPs. Where people stand on the issue is as broad a spectrum as colors in the rainbow, but the writing is on the wall. Nintendo is sending a message, and it was clearly received. This maybe another watershed moment in the history of digital entertainment media, or it may not be. Just like the Whack-A-Mole game at Chuck-E Cheese's, roms may pop up somewhere else eventually.

There is an argument that companies don't do enough to preserve their catalog of releases, and this may be true. This can change, if more companies realize the demand, and do something about it. If the companies make these games available, the need for piracy diminishes, and they can actually make money on their IPs again. Win-win, right? I would gladly purchase a legitimate copy of a game, if I could. I'm sure many people out there feel the same way. As long as there is demand for such media, publishers should be able to make a profit  off of selling rereleased games. Part of preserving these retro games is supporting the companies that made them, so that future official rereleases is a realistic possibility.

Perhaps the next step in the evolution of video game distribution is a subscription based service, like Netflix, Hulu, etc. This would allow for gaming to be above the table, and also allow for proper rights management to be preserved. It would take some work to track down publishing rights for companies that no longer exist, but it can be done. I don't currently own a Switch, but I like the efforts being made to increase retro game availability. If the same retro releases make their way to PS4 I'm sold. What do you all think? Would you buy rereleases today, even if you have free access to roms online?