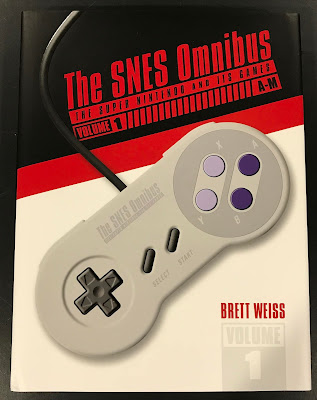 Brett Weiss has written several books compiling the libraries of retro video game systems. I have two of his previous books: Classic Home Video Games 1989-1990: A Complete Guide to Sega Genesis, Neo Geo and Turbografx-16 Games, and Classic Home Video Games, 1985-1988: A Complete Reference Guide. These were some of the first books of their kind. Prior to these, I have never heard of a book that chronicled the entirety of a console's library. I found these pretty useful in vetting the library of NES and Genesis titles. The information provided was just enough to get a glimpse a game, with varying levels of detail. Many games that were of lesser quality were given shortened treatment, sometimes justifiable, sometimes not. Unfortunately these early publications were in black in white, and thus what photos were present did not convey the necessary detail to sell the games.

His latest book is titled the SNES Omnibus: The Super Nintendo and its Games Volume 1 A-M (at this time the second volume is unavailable). Immediately I notice the jump in quality of the publication. The pages are heavyweight and glossy, the pictures are in full color, and there are more of them. 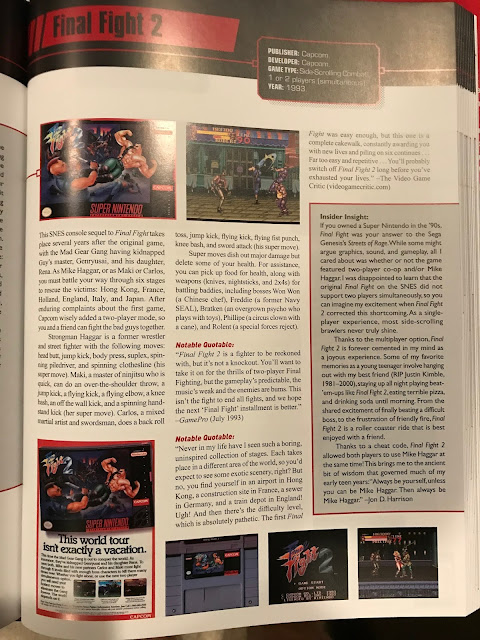 The reviews span every officially released game, for the first half of the library. Each game review offers a box scan, game cart scan, title screen, gameplay pics, and an advertisement sample if available. Brett's reviews are very informative and detailed, sometimes including personal memories. While they are reviews, they slant more towards objective descriptions. There is an even keel present in every review. I was scanning for overt fanboyism or angry tirades and did not find any. At first I was skeptical of his middle of the road approach, but the more I thought about it, the more I appreciate it. You see, many reviewers and YouTubers have made careers on focusing on the negative or fantastic aspects of games, but very rarely are games described objectively. I found this refreshing, as it gave me a chance to learn enough about the game to be interested in trying it, and I also had the freedom to make my own conclusions. 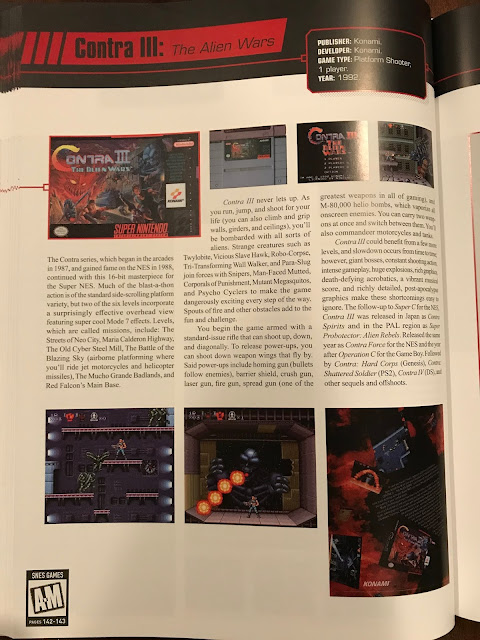 Overall, I found the SNES Omnibus to be a great addition to any retrogamer or SNES fan's library. I only wish it were a single complete volume, instead of split into two.  It can be purchased on Amazon.com for $50. 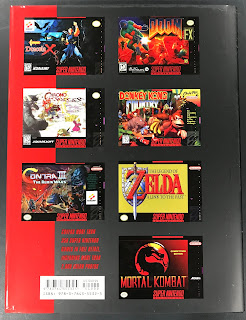