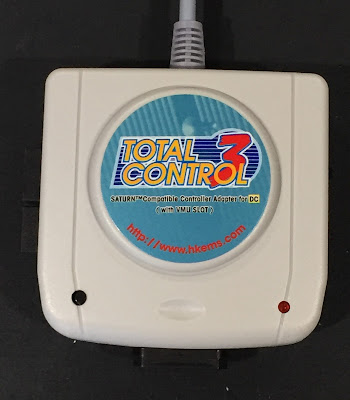 To say that the Dreamcast controller is not my favorite controller is an understatement. The analog stick is uncomfortable with a larger than usual dead zone, there are only four face buttons, and the d-pad is raised too high and blister-inducing. How did this happen? It's predecessor, the Saturn 3D controller d-pad was awesome! I get that they needed to allow space for the VMU, and that explains why they went with the larger form factor, but still, this is a letdown. Given that Capcom was a strong supporter of Sega during the Saturn and Dreamcast days, it is surprising that six face buttons became four, since Capcom's strength was 2D fighters. I refuse to play DC fighters with that d-pad, and using analog for special attacks is just silly.

All is not lost, however. The Total Control 3 adapter lets you use any Saturn controller for Dreamcast games. The Saturn d-pad on the stock or 3D controller is worlds better than that Dreamcast's, and so this makes it worth it. The button configuration is literal, so X is X, A is A, and so on. There is even an option to connect a twin stick controller, like that used for Virtual On. A highly esoteric option for sure, but interesting nonetheless. It has VMU compatibility, so game saves are still possible. As a side note, I got tired of replacing batteries in the VMUs every time I turn on the Dreamcast, so I use a non-VMU save pack. There are plenty of great 2D shoot'em ups and fighting games, and this allows the excellence that is the Saturn pad to be realized on another console.


The PC-Engine controllers are fine. Whichever version you have, the d-pad is virtually identical. They are reminiscent of NES controllers, with the added bonus of having turbo switches (this was odd, as almost all shooter games have rapid fire as default, making the turbo function unnecessary).  The cords are too short, almost as short as the NES Classic Edition controller cords. I was fine using the stock controllers or an arcade stick. Then I heard about this company Tototek, which makes Playstation related peripherals and adapters. I purchased a Playstation to PC-Engine controller adapter. 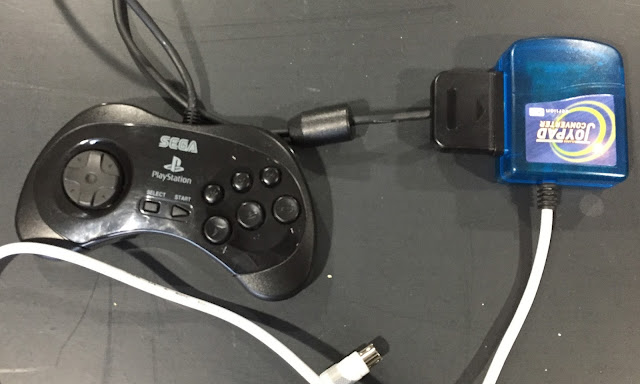 I own an official Saturn to Playstation controller. These were a limited release, and pretty hard to find. Not only can I use the Saturn d-pad on a Playstation, with this adapter I can now use the Saturn pad on the PC-Engine! While this is admittedly as niche as it gets when it comes to controller pickiness, I couldn't be happier about playing Gate of Thunder or Spriggan with the lovely Saturn pad. As an added bonus, you get some much needed length, alleviating the issue caused by the short stock controller cord.


The third adapter I'll mention is the Raphnet Technologies SNES to Gamecube adapter. This seems like a strange combination, as there are virtually no 2D games on the Gamecube, but if you recall the Gamecube has the Gameboy Adapter, and Gameboy  games are all 2D in nature. The Gamecube d-pad is small and awkwardly placed, almost an afterthought. With this adapter, you can play any Gameboy, Gameboy Color, or Gameboy Advance game using the marvelous SNES pad. Games like Mega Man Zero, Metroid Fusion, and others can now be played on the big screen, with a SNES controller. 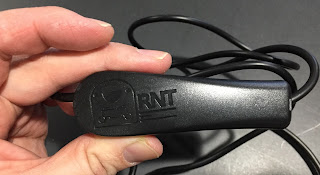 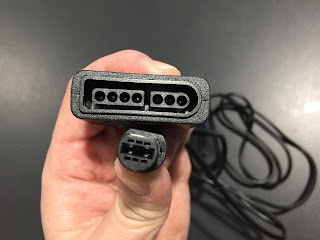