Scaling Down the Collection, Again


A couple of years ago I decided to weed out some of the games that I just didn't want anymore. A lot of these were duplicates of games that I had several ports of, across several systems. I had too many versions of Mortal Kombats, Street Fighters, Sonic Collections, and so on. After doing so, the numbers crept back up eventually over the years. Hidden gems videos and posts were dangerous, as they would be the impetus for seeking out more games. After playing a lot of these "hidden gems", most of the time I didn't have the same shiny opinion of the game as various Youtubers. I'd say one out of five hidden gems were worth seeking out.

I am really starting to favor quality over quantity recently. I have decided to take a hard look at all of my collection, and finally play all the games that I own to make sure they are what I want to keep. I'm not playing through the entire game, but just enough to sense if I would come back to it, if there is some redeeming characteristic, or if its total trash. I discovered that there was a significant percentage of the games that I haven't played until now, that I don't need to have. For example, I just can't get into Decap Attack. It is generally heralded as a fun, kooky game, but it didn't do anything for me. Likewise with Kid Chameleon. Comix Zone is also well regarded for its graphical style and unique presentation, but I found it so-so. These are games that I didn't play growing up, and picked them up as an adult based on popular opinion, but I guess my taste goes against the grain. I am finding examples of these across all platforms.

Then there are the games that have lots of nostalgic value, but are terrible. Take Super Thunder Blade for instance. As a child of the 80's, I remember the Blue Thunder TV show and movie. This game was a directly inspired from those, so much so that the opening title screen is stolen straight from the movie! I wanted this game so much when I saw it in stores. When I actually got it, I was underwhelmed. The gameplay is unforgiving and simplistic. Its utter garbage, and I would have gotten rid of it sooner had it not been for nostalgia. I'm not going to play it again, so there's no need to hang on to it.

My plan is to put these up for sale. This is a huge undertaking, as it is effectively up to a third of my total collection. It's possible I may regret this decision, but I'm still keeping my favorites, so I don't think it will sting too much. I feel that if a game is just going to sit on my shelf, it should be owned by someone who wants to play it. 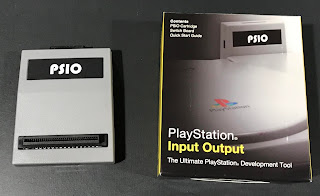 Optical Drive Emulators for disc-based consoles are just as effective and helpful as flash carts, although these don't quite exist for every disc-based system yet. For Sega Saturn, the Rhea is the best possible accessory to own, especially given the ludicrous game prices these days. The Playstation has the PSIO, which is equally as awesome. The Dreamcast has GDEMU. The Playstation 2 has FreeMcBoot in tandem with a hard disc drive adapter, although I find that not all PS2 games are able to be installed (mine won't read PS2 games that are in CD format, as opposed to DVD format). 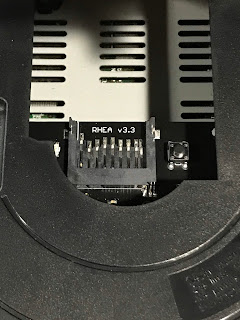 I never had any intention of collecting entire sets for a system. I think that's foolhardy and unpractical for several reasons. I did have sub-collection goals, like all of the Shoot'em Ups for Saturn, Genesis, Super Nintendo, original Playstation, Playstation 2, Dreamcast, and PC-Engine. I actually came decently close to completing a lot of those. Eventually I got the the point where the last couple of games that I was missing were outrageously expensive because of low print runs (they were released near the end of the console's life, or they were not good enough to warrant reprints). So I decided what I had was the best there was.

Years ago I moved my dad into a retirement home, and I had to deal with clearing out his house. My dad was a librarian, and he was a bookworm. He literally had THOUSANDS of books. He was not capable of telling me which were his favorites, or which had value, or anything that would have been helpful. So my family and I sorted through everything, guessing about value and using eBay listings as a reference. We took loads to the nearby Half Price Books, and I'm sure we took a bath on the value, but we had no other choice. We had to clear out the house to be rented to help pay for caregiver bills. That experience has made me reevaluate physical possessions, and question the need to have so much. When I go, no one is going to know the good games from the bad games. It's a huge burden to put on your dependents.

So, this has led me to where I am now. When I have time to play, there's a shorter list of games that I WANT to play compared to the list of games I own. It's time to slim down, and concentrate the collection into the essentials. If I want to play Goof Troop or Grind Stormer ever again, I can do so using the Everdrive.

What do you all think? Would you ever thin out your collection? What would make you do it?