My Return to Gaming.

I grew up in the 80's playing NES, then Genesis in the 90's, to Playstation in the 2000's.  My gaming took a break in the mid-90's during college, as I pursued other interests.  I finished college, came back home, moved out of my parents' house and got a job.  After a year or so of having an income, I floated into a commercial retail game store, and saw a bin of NES games, all marked for less than a latte.  I quickly snatched up a bulk of the games that I had as a kid (my parents had undergone some serious house cleaning while I was away, and practically nothing of my childhood survived the purge).

I had hooked up the new, old, NES to my 27" Zenith CRT via the composite input, and I was instantly warped back in time to 1988.  The Konami code still works after all this time; why wouldn't it?  After a few weeks of reliving my pre-pubescent youth I packed it all up into a closet and went to buy a Playstation. 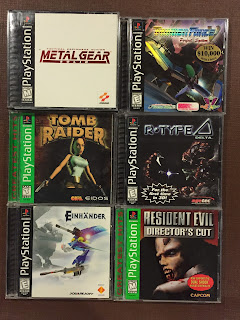 Gaming on a Playstation was fun.  I guess.  It was definitely more advanced, you could see that 3d graphics were the new frontier, and everything was blocky.  There some fantastic games to be played during this time: Metal Gear Solid, Resident Evil, Einhander Thunderforce V, Resident Evil, Tomb Raider, to name a few.  Even with these, I found myself a little disenchanted with the 3d standard and kept looking for 2d games in stores.  Very few came.  Eventually the PS2 came out.  Some time passed before PS2's were actually available, and I bought one.  The game play was very similar to that on the PS1, but everything looked nicer.  Again, some great games were churned out here as well: SSX Tricky, Maximo, Gradius V, and others. 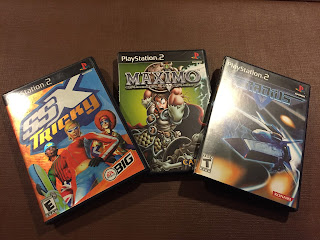 I didn't consider myself a hardcore gamer, I probably bought maybe three games a year. I did gravitate to old-school compilations that featured retro style games.  I remember being psyched about Gradius III and IV, Metal Slug Anthology, SNK Arcade Classics, Taito Legends 1 and 2, and so on. 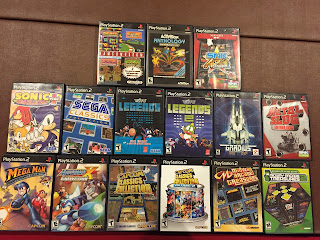 Eventually I came to the realization the gamer in me craved the simpler days of 2d sprites with linear focus.  Part of this was due to the fact that I only had about an hour per gaming session, so role-playing games and other length adventures were out.  The other part was that I just enjoyed action games the relied on reflexes, trial and error, and simple controls.  I had decided that I was primarily a retro gamer.  I hooked the NES up again, and sought out other games from my youth.

This realization came at a great time.  Older video games were plentiful online and shipping costs were generally more than the actual cost of the games (this is no longer the case as of 2015).   Soon after I was bumbling about online and found James the Nintendo Nerd's video on the NES version of Teenage Mutant Ninja Turtles.  I was riveted!  This guy was talking about experiences I completely related with, and worked it up with some over the top humor.  Brilliant!  I subscribed to his YouTube channel and then saw this Classic Game Room channel.  This guy Mark had started the first online video game review channel in 1999, well before broadband was the norm.  The show had a short initial run and was cancelled as the modest budget of $50 per episode was not being recouped.  Basically, the internet had not figured out how to make money yet.  So the show had returned, and was housed on YouTube.  The first couple of reviews were in-depth critical analyses on some benchmark games, such as Thunderforce 3, M.U.S.H.A, Super R-Type, to name a few. 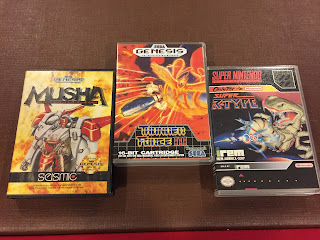 The show blossomed as the retro gaming scene grew legs, and is now the largest subscribed YouTube channel on the subject.  Game Sack, My Life in Gaming, Pat the NES Punk, Metal Jesus Rocks, Gamester 81, and Retro Liberty are other prominent shows that have large subscriber bases.
I find these videos entertaining, nostalgic, informative, and just plain good entertainment.  So do many others, as the subscriber base for all of these retro-gaming YouTubers constantly grows.

The hobby of retro gaming has never been more popular, as evidenced by the skyrocketing costs of retro games (relative to ten years ago).  This phenomenon makes sense, as people my age are now adults with nostalgia and a disposable income.  I hope you found something relatable here, and I hope you will come back to explore different topics of retro gaming with me. 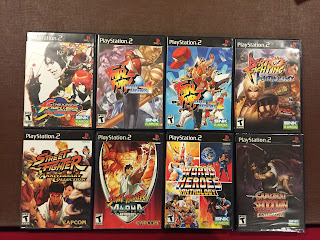 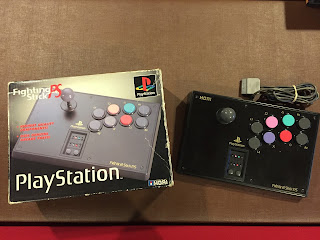 Old school fighting games were plentiful, and made awesome with a dedicated arcade fighting stick.  I have the PS1 Hori Fighting Stick, and I think it is the best fighting stick for the PS1/PS2.

My Life in Gaming